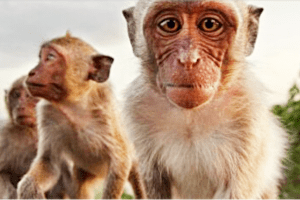 I’m thankful for science and the advancement of the quality of life of billions of human beings worldwide. Research is so fascinating, but it takes a long time to figure out complicated problems. Like a 4-billion-year-old problem. How did here in this form? What was the causality factor?

In my opinion, focusing squarely on science and research, we have not determined beyond reasonable doubt that humans (and all lifeforms on earth) evolved from basic building blocks of atoms and molecules. Thomas Aquinas said, “The Argument from Motion: Our senses can perceive motion by seeing that things act on one another. Whatever moves is moved by something else. Consequently, there must be a First Mover that creates this chain reaction of motions. This is God. God sets all things in motion and gives them their potential.”

The Post-Christian worldview ridicules the Bible because of the six-day creation and flood stories and tries to overlay scientific language discovered in the last 300 years onto an ancient document that’s 3,000 years old. For the record, the Bible is not a science book! Moses led a group of bronze age men and women who were heavily influenced by the ancient near east worldview (just like you have a dominant worldview). The Bible is a record of God’s interaction with people and specifically Abraham and his descendants who chose to believe in God. You don’t have to believe it if you choose not to.

Many people do believe in God, and science does not contradict the possibility of Him. There are still many mysteries in the universe and in our own backyard to say (definitely) that science has proven God doesn’t exist. As a good scientist, you need to hear both sides of the argument and prove it (not believe). We have only heard one side for 300 years. The mention of God (or Intelligent Design) in research will automatically invoke censorship from academic journals. This bias is designed to prevent the truth.

There are few reasons that the Evolutionary Theory and Neo-Darwinist will not prevail beyond a few generations. First, Darwin was a geologist, not a biologist. Everyone uses his theory to crossover to biology. This doesn’t work because we discovered DNA recently, and that changes everything. Dr. Stephen Meyer, a geophysicist from Cambridge, says, “The first big discontinuity is the origin of life itself, which is what my first book, Signature in the Cell, addressed. Many people don’t know that Darwin never addressed the question of the origin of the first life. He speculated about it in a letter to a friend, but this is not something he addressed in the Origin of Species. He presupposed the existence of the original cell, and there is a major discontinuity between the chemical processes that we observe and what we actually see in living organisms. It’s a complexity gap that is absolutely extraordinary. We have tiny miniature machines. We have not only the DNA with the digital code in it but complex information processing systems even in the simplest cells on earth. So that’s a big discontinuity.” Watch the whole interview here.

Back to geology… The animals you see in books are concept art. Some of the drawings of ancient animals can be more fantasy than the ink on the Bible scrolls. We don’t have a lot of preserved flesh and fur know for sure. Finally, there is no answer to the Cambrian explosion. The body plans don’t follow a common descent and the geologic time is too thin to support evolution into new species(lots of them). There is still much to debate respectfully. You have closed your mind to millions of possibilities if you don’t believe in God and/or supernatural events. Let’s keep searching the natural world to solve these wonderful mysteries.

A respectful Debate on Atheism vs. Christianity

September 17, 2021 By PastorT Evolution darwin, evolution Comments Off on Evolution is still debatable